Debt is A Promise 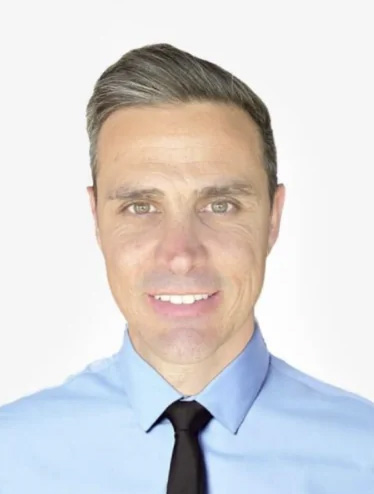 Love is a topic that has been widely explored and debated. We find it in songs, movies, newspapers, magazines and also in books and TV shows. We see it constantly around us.

But what about the money? Do we really know what it is? How is it created? Who creates it and why does it have the power to do it? Is it necessary to have a government behind its issuance?

Money is something that we all need for our daily lives, we all use it and we all work to earn it, but few people have considered the aforementioned questions. Is it something we are taught in schools, despite its importance and its impact on our lives.

The history of money goes back thousands of years, since human beings began to live in communities and felt the need to cooperate, share and exchange the fruit of their skills and effort.

Money is a mechanism by which the necessary exchange processes in an economy are attempted to be made more efficient when simple barter is no longer enough.

There have been different types of money throughout history. Normally associated with raw materials such as salt, seashells, precious stones, gold or silver. But today we have very different money, highly complex and difficult to understand.

Some people think that money is simply created by the Mint, which prints bills and mints coins. Others believe that those bills and coins have their equivalent backed in gold, stored and guarded by banks in vaults.

Actually, that is partially true. In fact, at some point in time this was so.

The date of August 15, 1971 is well known when Richard Nixon, at that time president of the United States of America decreed the end of the gold standard, which effectively prevented governments from issuing more currency than the equivalent in physical gold that they had in possession. But there are few who talk about the role that private banking plays after the issuance of money by the institutions in question.

• Government revenues come mostly from the taxes they collect from their citizens.

• This deficit causes governments to borrow money (go into debt) in order to continue financing themselves.

• Governments usually issue bonds (debt) in order to receive the money they need.

• After the economic crisis of 2008, the Central Banks have been the main buyers of the countries’ debt since mistrust prevented the market from being interested in buying it unless very high interest rates were offered.

• Central banks artificially lowered interest rates, even below 0% to try to stimulate the economy, but above all to facilitate the repayment of debt by governments.

We can see how after the last crisis interventionism by central banks has increased to levels never imagined before.

The lapidary phrase “whatever it takes” by the former president of the European Central Bank in 2012, Mario Draghi, was not a bluff.

Currently, the balance of central banks is at record highs and maintains exponential growth.

The purchase of assets by central banks generates an increase in the money supply (M0) in circulation, which is central bank money placed in the hands of private entities (mainly banks).

The central bank creates money out of thin air, by the push of a button, and buys real assets like debt, company shares, gold, etc.

This money remains in the possession of commercial banks, whose business is to lend money to companies and families in exchange for interest.

This is where the fractional reserve system comes into play, as by law banks can lend much more money than they actually have.

After the latest Basel III agreements, the core capital of banks must be around 10%, which means that banks can lend more than 10 times the capital they have.

If, for example, you deposit €10,000 in a bank account, the bank will be able to lend €9,000 to another client and will keep €1,000 in its core capital. This new client will receive the money in another bank (or in the same one) and in the same way the bank will lend €8,100 (90% of the €9,000) to another client. Next client will deposit the money in another bank account where the bank will lend €7,290 again… and so on until the main capital is exhausted.

These loans become a new form of money different from the money issued by the central bank.

Most of the money we have in our bank accounts is NOT central bank money, nor is it backed by the Central Bank.

To receive our money back, we will need the debtors who received the loan from the bank to return what they owe beforehand.

Our money is therefore mostly DEBT that other people have.

It is for this reason that if everyone tries to withdraw the money from their bank account at the same time, the bank would declare bankruptcy, since it cannot deliver to its clients what is supposed to be their money.

Loans are the greatest asset that commercial banks have and their repayment depends on the solvency of their clients.

This new money (M1, M2, M3 and M4) is accounted for in a different way than the monetary base created by central banks would be.

The global financial and monetary system hangs in the balance.

Extreme events such as the pandemic and the war in Ukraine have accelerated the process of currency creation and increased the degree of interventionism by central banks, which are trying to act as omnipotent beings capable of completely controlling the nature of the markets. The biggest danger here is that they obviously are not.

We are already seeing the first signs of the demolition of fiat money: overflowing inflation that shows how rapidly money is losing value.

The way to stop this inflationary spiral is through rate hikes, which should strengthen the currency and the sale of assets by the Central Banks, which would serve to withdraw money in circulation. The problem is that a rate hike would bankrupt highly indebted companies and families and on the other hand the Central Banks have loaded themselves with assets that nobody wants. Indeed, the debt of virtually bankrupt countries.

I will end the article with a phrase from Friedrich Hayek. Person who was named Nobel Prize in Economics in 1971 and who claimed that:

“I don’t think we’ll ever have good money again until we take it out of the government’s hands. We can’t violently take it away, but we can cunningly insert it in such a way that they can’t stop it.”

Does it sound familiar to you?