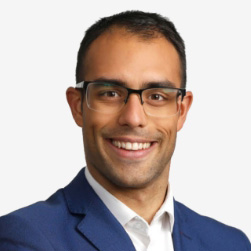 The School of Salamanca was a school of economic thought in several areas that took place in the Renaissance of the 16th century, through a group of theologians and jurists concentrated mainly at the University of Salamanca. They were one of the first groups to pay attention to the impact of the quantity of money in circulation on prices and investigated several economic phenomena that we will discuss in this series.

We begin by talking about the money supply and how it impacts the price level. One of the most useful terms when it comes to understanding what inflation really is and what causes inflation is the numeraire, the money in our pockets. Let’s imagine the following situation:

We come from America on a ship loaded with gold. We are asked for a gold coin for a pint. And to quench our thirst we ask for another pint, this time they ask us for 2 gold coins because they have heard us and they see that we have a lot of gold.

In this case, we see very clearly that the “fair price” (to be discussed in future episodes) changes because businessmen notice that our pockets are full and so they can charge us more. The origin of that phenomenon is the minting of currency, but the manifestation is the simple fact of having gold in your pocket.

Now on to Bitcoin. A serious problem in the Bitcoin network is money in exchanges and lending platforms. Because they are facilitating a parallel market in which credit is allowed and therefore there is a lot of money in circulation in the form of futures contracts. So the effect is similar to the tavern, but the difference is that it is money that goes in and out of circulation.

The American held the gold like a bitcoin maximalist who doesn’t take his BTC to the exchanges. That is why gold was illiquid and when it begins to move with more speed (and turn it into liquid to pay off debts) prices went up. In onchain terminology we talk about “illiquid supply” when we refer to the percentage of BTC that is not on the exchanges and has not moved for years. It doesn’t add as much selling pressure because it is harder to liquidate.

Speculation also helped that they were able to quickly drive prices up. But it’s also the speculators themselves that get prices to fall again. They are a key part of the machine and they are the ones who would have sold the pint for a gold coin and a silver coin.

Those who bought BTC in the early years have a clear preference to accumulate for the long term, even if the price drops 80%. They don’t move BTC in any meaningful way. So the amount of coins in circulation remains stable.

Let’s remember that many BTC owners lost their private keys, so they will never move their assets. Something similar used to happen when ships loaded with gold sank. In both cases, efforts have been made to recover the capital, but if they fail to do so they make the whole society end up bidding for higher and higher prices.